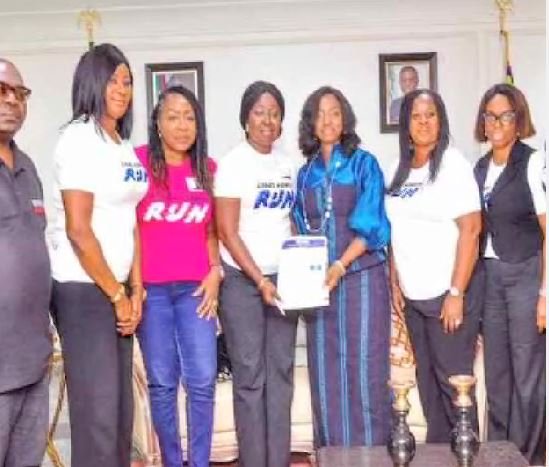 The First lady of Lagos state Ibironke Sanwo-Olu has endorsed the 2019 edition of the Lagos Women Run ,the only 10km run strictly for Women in West Africa

Mrs Sanwo-olu was elated with the visit which also coincided with the 100 days celebration of Lagos state Governor ,Babajide Sanwo-olu in office expressed delight on the Theme of the run-
‘Running for wellness and fitness which she said conforms with a section of her mission .